Monsters in the Mirror 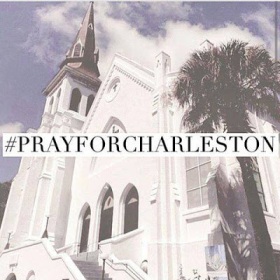 I was numb when I heard the news yesterday that a 21-year-old man named Dylan Roof had entered a prominent black church in Charleston South Carolina and murdered nine people. The body of Christ collectively mourns the loss of these saints. We pray for the families and loved ones of those who lost their lives, and ask for the peace of God that is beyond all comprehension to sooth their pain.

As we try to make sense of this horrible tragedy, many questions are left unanswered. What would cause someone to do such a horrible thing? What kind of depraved monster is Dylan Roof ? How can these questions be answered? In order to make sense of the chaos, perhaps we need to look deeper than what we see on the surface. Rather than using Dylan Roof as a target for throwing stones, maybe the answers lie in viewing Dylan Roof as a mirror.

“What would cause someone to do such a horrible thing?”

In short, the answer is sin.

“What kind of depraved monster is Dylan Roof?”

The same kind of depraved monster we all are.

Dylan Roof is not merely an example of a mentally disturbed kid. He is a by-product of the fall of Adam, just as we all are. It is easy to use events such as this as an opportunity to point fingers as “the bad people” and to view ourselves as the victims. But in doing this, we are only sedating ourselves from the truth of who we really are. The Dylan Roof’s of the world become our way of deflecting the blame of our own eternal condemnation before a Holy God.

The evils of man in this world should point us to our great need for a savior. And for those of us who know Jesus as Lord, our hearts should break. Because without the blood of Christ, we are all as guilty as Dylan Roof.

The Bible says we have all fallen short. We have all sinned. (Romans 3). We have a tendency to create a hierarchy of sins in order to make ourselves feel better. It’s common to hear things like, “I’m a sinner, but at least I don’t kill people.” As if God grades sin on the curve. The scary reality is that God is the epitome of what is good. It is frightening that God is Righteous and Holy. People may ask, “Why is it scary that God is good, righteous, and holy?”

And the answer is, because we are not.

So what does a good, righteous, and holy God do with depraved monsters like us? Jesus said if you have ever harbored hate in your heart for your brother, then in the eyes of God, you are guilty of murder (1 John 3:15). Revelation 21:8 says that all liars will have their part in the lake of fire. All have harbored hate at one time or another. All men have lied. All have sinned. No one is righteous, not one. Everyone one of us stand guilty before God.

We are the monsters in the mirror.

This may purpose the question, “My sins are not hurting anyone! Surly I am not deserving of death!” Consider this quote from evangelist Paul Washer.

“If I were to jingle some keys into the microphone, the sound would do nothing but irritate you. But if you were a man locked away and condemned to death, the sound of keys would be the hope of release, and sweet to your ears. I submit to you that men today think nothing of the preaching of the Gospel because they are ignorant to their own spiritual death sentence before God.” -Paul Washer

The problem is, as a way to sooth our consciences, we tend to stereotype people in our world as good guys and bad guys. But in reality, we are the bad guys. As one pastor rightly said, “If our existence were one big Western movie, everyone would be wearing a black cowboy hat except for Jesus.” Again, we are prone to think of our own sins and compare them to worse ones and think that God justifies us by our good works. But God is not like us. We justify our sins in comparison to others. We exalt ourselves above others for only telling a small white lie, or only gossiping. But consider the words of Jesus.

“And he said to them, “You are those who justify yourselves before men, but God knows your hearts. For what is exalted among men is an abomination in the sight of God.” Luke 16:15.

Paul pointed to people like this in the book of Galatians. The Judaizers, false teachers of the time, were looking down on others and priding themselves on their self perceived righteousness and their zeal for upholding the law of Moses. One of their laws was that men must be circumcised. And so they condemned every other man who was not circumcised as an evil sinner, but looked at themselves as righteous. Look what Paul says about their false justification.

“I testify again to every man who accepts circumcision that he is obligated to keep the whole law. You are severed from Christ, you who would be justified by the law; you have fallen away from grace.” Galatians 5:3-4.

Basically Paul told them, “If adherence to the written law is going to be your savior, then be prepared to keep every one of them. Because if you break even one of these law even one single time, then you are damned for eternity.” His point was that all men stand condemned. All men are guilty. Even what we would consider to be the smallest sin in our fallen minds such as a little lie or some friendly gossip has marked our souls for Hell. Man’s standard of justice is fallen. But God’s standard for fellowship with Him is perfection.

And seeing that God’s standard is perfection, we begin to ourselves rightly. Like Dylan Roof, we all stand condemned, guilty, and deserving of death before God. Do you see the great delimna? If God is Holy and a God of justice, what is He to do with criminals like us?

If someone had murdered your whole family and then the judge didn’t punish them and let them walk free, you would have to say that judge was an unjust judge! In order to be considered a Just God, the Lord cannot let sin go unpunished! Someone has to pay for our lies, our gossip, our hatred, our murder! None of these sins can go unpunished, and they all warrant spiritual death in the eyes of our perfect God!

How can our injustices against God in the breaking of His laws be wiped away? How can our punishment as lawbreakers be satisfied? How can we escape the condemnation we have all heaped upon ourselves?

“There is therefore now no condemnation for those who are in Christ Jesus. For the law of the Spirit of life has set you free in Christ Jesus from the law of sin and death.  For God has done what the law, weakened by the flesh, could not do. By sending his own Son in the likeness of sinful flesh and for sin, he condemned sin in the flesh, in order that the righteous requirement of the law might be fulfilled in us, who walk not according to the flesh but according to the Spirit.” Romans 8:1-5.

God sent His perfect son to live the perfect life that we could not live. Jesus upheld all of the laws that we have broken. And in the cross of Christ, for those who He has called to Himself in repentance and faith, Jesus takes our death sentence and places it on Himself. And He imputes His righteousness to us. The only righteousness we have in life is only made possible by the shed blood of Jesus. Paul told the Galatians that no amount of good works or morality could save them or wipe away their past transgressions. They needed a pardon from death just as we do. And that only comes through the grace of God.

Jesus had to die so that we might be set free from the wages of our many sins. No adherence to the law can save us from our sins, only the grace of God. For if we could have saved ourselves, Christ would have not had to die. But we need a savior.

“I do not nullify the grace of God, for if righteousness were through the law, then Christ died for no purpose.” Galatians 2:21.

Continue to pray for Charleston and the families and friends of the victims of the horrible shooting. Pray God’s strength and peace upon the community. But instead of casting stones, pray also for Dylan Roof. Pray that God would open eyes and pierce his heart, showing him that he was deserving of the wrath of God long before he pulled that trigger. And he is in need of a pardon that only the grace of God through knowing Christ can bring. And if you know the Lord Jesus Christ as your savior, let the great reality of your own pardon from death press you into an overflowing gratitude of praise!