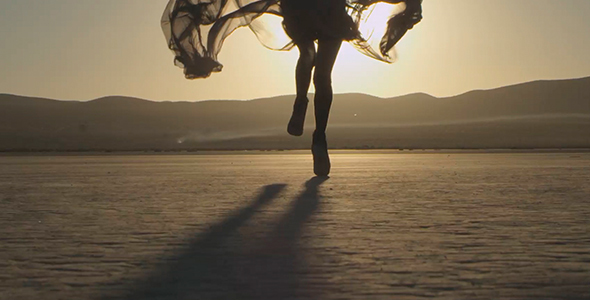 The human body is an amazing creation. It’s in the little moments of life that I am often amazed at the intricate design of God. Last night when arrived home, my four boys met me at the door with grins on their faces and devilish glimmers in their eyes. I know those look all too well. It is my cue to drop my briefcase and follow them to our basement. What ensues next is definitely not for the faint of heart. It is our nightly routine of knock down, drag out, four on one (me being the “one”) no holds barred wrestling. Imagine four ravenous wolves viciously attacking a piece of fresh meat and you’ll get the picture.

After about thirty minutes of non stop body slams and headlocks, my five-year old son Luke called a time out. He was thirsty, and I was thankful for a moment to catch my breath. Luke’s little body had a desperate need. The feeling of thirst was his body’s way of telling him that he was lacking in water.

Now imagine for a moment that Luke acknowledged his thirst, but neglected to get water. I bring him a glass of water, but he refuses, saying, “I don’t have time to drink, Ill eventually get rehydrated.” Sounds foolish right? It is impossible for the human body to rehydrate itself without water. Not only is that line of thinking foolish, but if acted upon it would lead to physical death.

In our pursuit of the Lord, we will no doubt enter into seasons of spiritual dryness. During these times our hearts seem to be more enamored with the things of the world and less with the Lord. This is a warning sign spiritual thirst. When our hearts seem to feel far from God, this is an indication that our soul is in a dire need of revitalization.

Yet tragically, many times this type of thirst is all together ignored. And far too often, when people enter into spiritual droughts in their lives, they tell themselves, “Ill eventually get my passion for God back.” As if one day they actually think they will just wake up and have a rehydrated soul by doing nothing at all.

Granted, it is not man who can set his soul a fire with a flame for the Lord. This is a work of the Lord. However, we must be obedient to tend to the spiritual drought of our lives by drawing near to the only one who can supply spiritual water to our dry souls.

“But those who drink the water I give will never be thirsty again. It becomes a fresh, bubbling spring within them, giving them eternal life.” John 4:14.

A dying man in the desert doesn’t have water come to him in order to relieve his thirst. Tired and unmotivated as he is, he must fight against the desire of his flesh to just do nothing and exert effort to find a true oasis. Jesus uses the analogy of water to describe Himself. The comparison is striking. When our souls are spiritually dry, He is the only means to revitalization. And the effectual call goes out to the children of God to come freely.

“Is anyone thirsty? Come and drink–even if you have no money! Come, take your choice of wine or milk–it’s all free!” Isaiah 55:1.

God speaking through the prophet Isaiah extends refreshment to the parched soul. Come and drink, and nothing is required except your willingness to take a step of obedience. If you are experiencing spiritual thirst, here are some ways to rehydrate.

If there is any man in the Bible that we can easily identify with, it is King David. There were seasons of David’s life where he was a thirst for God, and it was evident by the surmounting sins in his life. Whenever I feel far from the Lord in my own life, the first prayer I think of is the prayer of King David in Psalm 42.

“As a deer pants for flowing streams, so pants my soul for you, O God. My soul thirsts for God, for the living God. When shall I come and appear before God? My tears have been my food day and night, while they say to me all the day long, “Where is your God?” Psalm 42:2-3.

Notice the desperation in his plea. King David compares himself to a dying, dehydrated animal that is panting for life giving water. David essentially asks the question in his prayer, “When will my relationship with the Lord be restored?” David realizes this thirst of his soul and asks perhaps in anger or in an accusing state, “Where is God?” Although in reality, it was not God who had walked away.

I remember when my oldest son Andy was young, he loved to go to Walmart with me because we would always make our way to the toy section. One particular outing to Walmart, he was more excited than normal to see the toys. Andy kept trying to run away from me to go to the toys, and I would call him to stay with me. He listened to my command for a few times, and then eventually decided to bolt to the toys.
As I followed him, I intentionally hung back a bit to see when he would notice that I wasn’t around (even though he never left my sight). It wasn’t long until he looked around and didn’t see me. Andy began to panic and tears began to flow as he cried out for his father. I made my way over to my son and picked him up. “Daddy, why did you leave me?” he said. I looked into the tear filled eyes of my son and I said, “It was you who ran away from me, but I never took my eyes off of you.”

Such is the case with God and His children. We are the ones who run from God. And at times, the Lord will withdraw His presence in our lives so that we feel the void. But for the true children of God, He never takes His eyes off of them. And when we begin to cry out for our Heavenly Father, He shows Himself faithful.

“In my distress I called upon the LORD; to my God I cried for help. From his temple he heard my voice, and my cry to him reached his ears.” Psalm 18:16.

Often when I counsel people who seem to be floundering in their relationship with the Lord, they will say something like, “I just feel like Ive lost my way.” I love the book Pilgrims Progress by the great John Bunyan. In this allegorical tale of the believer’s life, Christian, the main Character of the story, at one point strays from the path that leads to the Celestial City. When he notices that he is lost, he begins to panic until Evangelist shows up and points him back to the correct path.

The only way to cure a soul that has no desire to spend time in the word of God is to actually spend time in the word of God. I recall when my wife and I were dating, we were hanging out with some friends at a local park one afternoon. The girls were sitting around talking, and us guys were playing football. It was smoldering hot that afternoon, and about forty minutes into the game, Lacy brought me over a bottle of water. I said to her that I was fine, but she insisted that I at least take a drink. As soon as the ice cold water hit my lips, I was surprised at how good it was. I was thirstier than I thought, and ended up chugging the entire bottle.

Ive found it to be very much the same in seasons of spiritual thirst. At times, we don’t realize how much in need of God we actually are until we make the effort to spend time in His word. I have found in my own life that the more I read the scriptures, the more I feel drawn into them. The more of myself I give to God, the more I feel my soul stirred for Him. It was Leonard Ravenhill who once said, “Five minutes inside eternity and we will wish that we had sacrificed more, wept more, bled more, grieved more, loved more, prayed more, given more.”

“The instructions of the LORD are perfect, reviving the soul.” Psalm 19:7.

3. Contemplating God’s Goodness in All Things

Lacy and I have this thing we do with our children. We try to point everything in their lives back to God. For example, my middle son Lincoln love strawberry oatmeal. The other morning as we sat at the breakfast table, I asked Lincoln, “Where do you think oatmeal comes from.” Lincoln said, “From oats.” “And who makes the oats that grow in the field?”, I asked. After a moment of thought, Linc replied, “God did!”

We do this with things like the weather, our house, and even the boys toys that they play with. This practice with our kids has bled into my own thought life. The sweetest time that I have with the Lord aside from marveling at His word is driving in my car looking at the things we take for granted such as trees, the sky, and just the air that Im breathing.

Dwelling on these realities fills my heart with abundant gratitude for our God who created all things. Why would we not want to know this God who has blessed mankind with so many common graces? It also presses me into desiring to know the Lord more deeply in a personal relationship. Paul reminds us in Romans chapter 1 that God has clearly shown Himself to us through ordinary things in creation. So if we neglect to follow after Him, it is we who will stand without excuse.

More than anything, consider the cross. Think of Jesus, and how although He was worthy of all things, he considered himself as nothing. Martyn Lloyd Jones said on his death bed, “I am a great sinner. But Christ is a great savior.” This could be said of every man. Remember the greatness of your sins, and how we were owed nothing but separation from God.

But in love, God sent His only Son to die and have our sins imputed to Him, and His perfect righteousness placed upon us. Not only does the blood of Christ quench our spiritual thirst, but it also quenched the wrath of God that we so rightly deserved. Why is it that we should want to live for Him? Because He died for us. God saved us. What more motivation should we need to pursue Him daily?

“For our sake he made him to be sin who knew no sin, so that in him we might become the righteousness of God.” 2 Corinthians 5:21.

← The Impact of the Resurrection
The Top 5 Lies Christians Believe →