What is The Gospel? 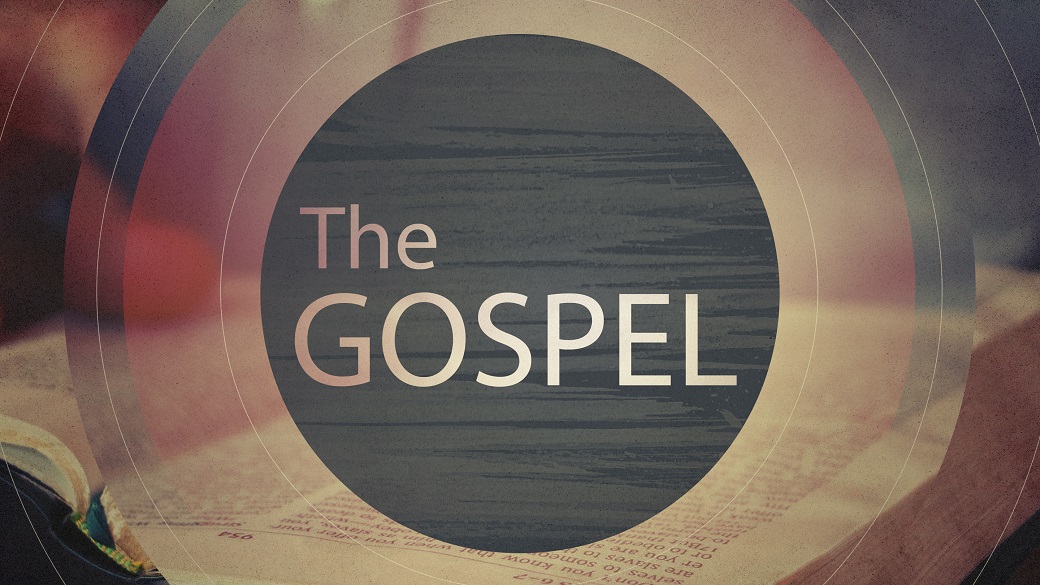 The Gospel of Jesus Christ is the most celebrated truth in the history of the church. Yet it is also the most misunderstood doctrine in modern day Christianity. Simply put, the Gospel means ‘good news.’ But what is this good news that we Christians call Gospel? Many believers would waste no time in saying that the good news of the Gospel is that Christ died for our sins. And although this answer is correct, it is an inadequate response. To say that the Gospel is good news because of Christ dying for the sins of man and then leave it at that is like dipping the tip of your toe into a vastly deep sea. The depths have still yet to be explored.

The real question we must ask is “Why is it good news that Christ died for sinners?”

Of all the attributes of God, the one that all other attributes must be evaluated through is His Holiness. God is Holy. I’ve found that there are many faithful believers who have been in church all of their lives, yet that have no understanding of the Holiness of God. And if we fail to grasp this great, all encompassing attribute of God, our understanding of the Gospel will be greatly distorted.

To say God is Holy is to infer that He is set apart. It is to say that God is separate, and unlike anything that is in His creation. The late R.C. Sproul once asked, “Which is more like God, an angel or a worm?” His answer was neither. An angel is no more close to being like God than a mere earth worm. God is in a category unto Himself, and there is nothing that He may be compared to. The writers of scripture understood this truth.

“To whom can you compare God? What image can you find to resemble him?” Isaiah 40:18.

There is no one like God. And there is nothing we can come close to comparing Him to. When Moses asked what God was like, God did not point to anything under creation to say “I am like this…or that.” God could not, because there was nothing like Him. God simply said “I AM.” And then one day God the Father sent His only Son Jesus to walk among men, in essence to say, “I am like Him.”

Again, most professing Christians would agree to this truth. But what is so surprising is that a great many misunderstand the Gospel because they fail to see that God is not like them. It is a great fallacy to mold an image of the Lord that dismisses His Holiness and makes Him like us.

The great dilemma of man centers around the Holiness of God. In Isaiah 6, we see a picture of the seraphim proclaiming that God is thrice Holy. This image is magnified in that these seraphim covered their face, because the Holiness of God was to great to look upon. And with two wings they covered their feet to hide the shame of their creatureliness from God. Yet we do not see this great fear and reverence for God in many modern day churches. Man tries to bring God down to our level and make Him to be seen as more of a buddy rather than standing in awe of His Holiness.

Isaiah, one of God’s prophets and one who would be considered a righteous man saw the Lord in a vision, and cried out that he was an undeserving man of unclean lips. The most righteous of men trembled before the Lord in seeing His Holy nature. In looking at the great majority of modern day evangelicals, I have to ask, “Why don’t we?”

“You who are of purer eyes than to see evil and cannot look at wrong,” Habakkuk 1:13.

If man truly understood the Holiness of God, then He would stand in great fear. Because if this is true, that God cannot co mingle with sinners, then where does that leave us? Most professing Christians say that the good news of Christianity is that God forgives sinners. And because God is a loving God He must forgive all of our trespasses as long as we try to do our best.

But there are two problems with this ideology. For starters, this way of thinking would make God a debtor to us. That is to say, since we are trying to do good, God now owes forgiveness to us. God is not in our debt and He owes us nothing.

And secondly, if God is Holy, He is a Just and righteous God. And if He is a God of justice, then God cannot forgive sin. This would make Him unrighteous. Imagine that someone committed a horrible crime against someone in your family. This person is arrested and tried in.a court of law.

The judge stands to give his judgement. And he says, “Although the crime committed was great, Ive examined the life of this criminal and he has done many good things, so Ive decided to forgive all the charges and set him free.” This judge would not be seen as righteous, but crooked.

By our earthly laws, when a crime is committed, there must be justice. When we have been wronged, we want justice. Our society celebrates justice. There are more CSI and Law and Order television shows than anything else on tv. We as a people love the idea of justice. Except when it comes to our view of God. And much of this confusion comes from a misunderstanding of ourselves.

For us to properly understand ourselves and how great our transgresses are, we must examine God’s law. Revelation 21:8 states that all liars will have their part in the lake of fire. This does not dismiss little white lies or false truths told with good intentions. The scripture says “All liars.”

Most people that I have shared this with consider the fact that God would send someone to Hell just for lying to be an example of the punishment not fitting the crime. But again, we only have a problem with this when it pertains to God judging us.

The Apostle Paul wrote, “For all who rely on the works of the law are under a curse, as it is written: “Cursed is everyone who does not continue to do everything written in the Book of the Law.” (Galatians 3:10).

Jesus Himself said, “You therefore must be perfect, as your heavenly Father is perfect.” (Matt. 5:48).

Our morality earns us no merits before God. The prophet said that our best works are like filthy rags before God.(Isaiah 64:6). We see the example of lepers in the Bible often. Leprosy was a terrible disease. The skin of a person would literally begin to rot away while they were still alive. Puss and terrible bloody sores were extremely common in leprosy.

Imagine for a moment that someone took a leper and decided to try and make him presentable by cleaning him up. The leper was bathed, perfumed, his sores were bandaged, and he was then dressed in the most beautiful white linen robes. He would look presentable only for a short time. Because in a matter of moments, the rot of his flesh would begin to overpower the perfume, and his sore would begin to bleed through the white linen, soiling it.

In the same manner, man cannot make Himself presentable to God by the greatest acts of morality. Because it is only a matter of time before our infectious sin nature will Marr our best works.

Jesus said in Matthew 5:20 “For I tell you, unless your righteousness exceeds that of the scribes and Pharisees, you will never enter the kingdom of heaven.” The scribes and the Pharisees were the most moral and righteous of men, and they paid careful attention to uphold the laws of God. Yet Christ has just said that there is no level of human righteousness that can entitle us to a right standing before God.

The good news of the Gospel not just that Christ died for our sins, but that God did not give us what we deserved. A price had to be paid for our trespasses. Our sins could not go unpunished. So God sent His only Son, Himself incarnate, to the earth. He was born of a virgin birth, He lived the perfect life that we could not live and died the death that we should have died. And three days later Christ rose victorious over death. On the cross, a great exchange took place. Christ took upon Himself the curse that was due us, and gave to the Christian His righteousness.

All of the wrath and fury of God that we desired was poured out upon the perfect Lamb of God. Jesus drank our Hell. The cup of God’s wrath was swallowed  by Christ, every last drop. Therefore when God the Father now looks upon the sinner who has believed upon Christ and begun to repent of His sins, He no longer sees our transgresses, but rather He sees the perfect blood of His Son.And henceforth God can declare us righteous and still be Just and Holy. It is only through the shed blood of Jesus that God can have fellowship with sinners like us.

“but God shows his love for us in that while we were still sinners, Christ died for us.” Romans 5:8.

This is the Gospel.

This short excerpt that I have written on the Gospel is merely a glancing overview of this great truth that we shall spend an eternity of eternities exploring its rich depths and still never reach the bottom of the sea floor. As one great puritan theologian said, “The more I know, I realize the less I understand.”

We have been freed from the curse of the law which rightly condemned us by the shed blood of Jesus Christ. Man is not saved due to his works, but only through the atoning and sacrificial work of Christ. The Gospel calls fallen man to do two thing; to repent of his sins, and believe the Gospel. And because of His grace towards us, this great Gospel should become the magnificent obsession of all professing believers.

“For all who rely on the works of the law are under a curse, as it is written: “Cursed is everyone who does not continue to do everything written in the Book of the Law.”  Clearly no one who relies on the law is justified before God, because “the righteous will live by faith.” The law is not based on faith; on the contrary, it says, “The person who does these things will live by them.” Christ redeemed us from the curse of the law by becoming a curse for us, for it is written: “Cursed is everyone who is hung on a pole.” He redeemed us in order that the blessing given to Abraham might come to the Gentiles through Christ Jesus, so that by faith we might receive the promise of the Spirit.” Galatians 3:10-14.

← Why Theology Matters
Love the Sinner, Hate the Sin? →